In the past two weeks I’ve been to Millersburg, OH, Washington, DC, Vancouver, BC, St. Helena, CA and I’m in Austin, Texas, heading to Red Bay, AL, tomorrow.

I’m on a whirlwind tour meeting with both current and prospective clients. Every meeting has been incredibly valuable in more ways than one.

As long-time readers know, one of my favorite teaching exercises is the case study, and this trip gave me a wonderful case study in customer service failures at every level of an organization.

This week, I want to share the experience with you as a case study, and have you think about how you can handle the customer service issues that will inevitably crop up in your industry.

I’m going to do something a little different in this tidbit. Instead of a single story with a single question at the end, I’m going to tell this story in parts, and give you questions/challenges throughout.

As a bonus, I’ve also included a new video bonus which I plan to do moving forward.

Here’s the background for this case study.

For three months I’ve had a car service booked with Carey Car Service. American Express Platinum Concierge handled the booking. I told them where I wanted to go, what time, and where to pick me up.

Amex handled the booking and everything was all set.  When it works, it works beautifully. I was shocked how smooth everything was.

Last Wednesday I boarded a 6AM flight from Vancouver to San Francisco. After sitting down, I opened the Carey iPhone app to double check they had my correct card on file as my previous card had been compromised.

The card looked good and I exited the app. Within seconds, I had an email from Carey thanking me for making changes to my reservation and the new total $$ was included.

A) I didn’t make any changes

B) I could likely rent a helicopter for less money!

They’ve created a negative feeling even before I see their driver. This is not getting off to a good start.

This is obviously a failure of tools and processes…

Case Study Part #1 - What would an analogous situation look like in your company?

Maybe a final price that’s way off base of a quote given?

Maybe a mistake in your invoicing process that leads to a customer getting overcharged?

If something like this happened in your company, how do you hope it would be handled?

I reached out to Carey’s support email (which was almost impossible to find) via email. Of course at 6AM, I received their autoresponder.

Next, I reached out to my assistant, Madison.

I explained the situation and she called Carey.

They told her there was no record of my trip ever costing $164 and $484 was the correct price.

She debated with them, as we keep all of this very organized, with no luck.

A few minutes later the rep claimed to have received the email but nowhere did the email say $164.

At this point, Madison and I were flabbergasted as the $164 pricing was in big bold font on the bottom email. They told her to reach out to American Express.

So, to recap, at this point the company has tripled their quoted fees, told me that they had no records of the record they sent me (which was either a lie or reflects egregiously poor data management on their side), and had a representative who was so disconnected from wanting to help (and so sure that I was wrong) that he told Madison we were wrong about the contents of an email we were both looking at.

For a company that loudly touts its “uncompromising reliability and impeccable professionalism”, this doesn’t seem too reliable or professional.

When was the last time you audited the performance of your customer facing people, to see how closely their behavior matched your mission/vision statements?

What systems do you have in place to catch issues like this as they’re happening, and to correct accordingly with training, coaching, or replacing the customer facing staff who are creating such negative experiences for your clients?

This week we've considered relatively easy to fix failure points ... if it happened in your company, you can probably already think of 3 solutions to each of these issues.

Next week we'll look at the reason these issues were allowed to persist in the first place - the poor management culture around client services.

Check out the new supplementary Tuesday Tidbit Video below and let me know if you like this new addition. The plan is to include a short video like this every week.

Input on Input Thinking - From Theory to Action 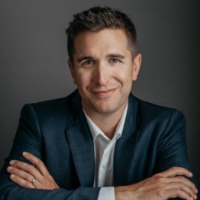